This morning the boy still wouldn’t tell me his name, so I decided to call him Ishkin. He didn’t react one way or the other at first. He was as sullen as ever, so I figured he didn’t care what I called him, but around mid-morning he got mad.

“Quit calling me that!”

“Well, I’ve got to call you something,” I said. “Most people have names, you know.”

He got quiet. “You can call me Matador,” he finally said.

I tried not to laugh, but no way was I calling this ignorant kid "Killer". “I bet that chicken yesterday was the biggest thing you’ve killed in your life. How about I call you Matagallinas?”

“I’ve killed other things besides chickens.”

“I’m sorry, Ishkin. Put that away. I won’t make fun of you any more.” When he still wouldn’t lower his weapon, I got nervous. Sometimes the most dangerous person isn’t the trained killer, but the ignorant fool with the means to get off a lucky shot. In my nicest voice, I said, “How about we set up a target and you show me what you can do?”

Ishkin liked this idea, and since there was a half-melted adobe wall in a field not too far away, we rode over to it and I drew a target with a piece of old charcoal. Then I marked off some lines for distances, and let the kid have at it. He wasn’t half-bad. He was at ease with his weapon and it was obvious he’d had some training. “Not bad,” I said.

“I guess you think you’re better?”

I hesitated. Did I really want to get into that with him? I looked again at the insufferable little smirk on his face and got my rifle.

Fifteen minutes later, we were back on the road. Ishkin rode in chastened silence for about a mile before finally asking, “Where’d you learn to shoot like that?”

“I used to hunt rabbits with my grandpa,” I said. “I’ve done other things, too. I’ve had years and years of training.”

“What kind of training? ¿Con quién?”

Now I was sorry I’d said anything. Or shot anything. No way did I want to get into a long discussion about the reservation and the civil war, so instead of answering the question he asked, I answered he one I figured he really meant. “Want me to show you the way I was trained? It’s all about practice, you know. We could start tomorrow.”

Ishkin didn’t say anything, but he jerked his head in agreement, then trotted on ahead. I let him go, figuring he had some things he needed to think through. 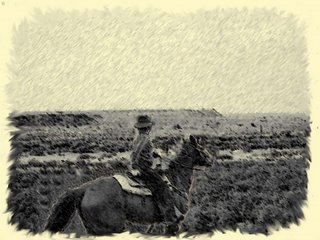 Later in the day, we came upon a lonely little church where the priest let us pull up the dry weeds in the graveyard in return for a bit of food. It wasn’t hard work, but I would’ve preferred to do just about anything else. A lot of people I love are in the ground and I don’t need to be reminded of it. I got the impression Ishkin felt the same way, but we pulled the weeds, straightened the stones, and got some eggs, pecans, dried pumpkin and apples for our trouble. 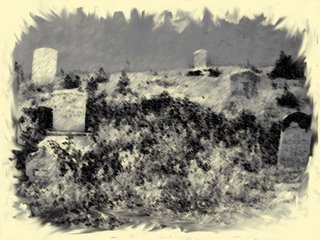 Tonight I told Ishkin I’d take first watch. He’s asleep now under my tarp and I’m settled in by the fire. I’m worried for the kid. I’m pretty sure he’s heading south to join the fighting. That’s why he’s trying on code names, and that’s why he’s anxious to prove his marksmanship skills. I wonder what group he wants to affiliate with? Any of the mafia-style groups would take him, and so would México Lindo. They make no effort to avoid pitched battles, and they’ll take anyone they can get, no matter how young.

I hate to see a kid get mixed up in all that. It wasn’t good for me and Will, and we were about Ishkin’s age when we joined Unitas. At least Unitas tries to avoid fighting and they usually won't let anyone younger than sixteen fire on an enemy except in self-defense. If I can convince Ishkin to join Unitas, they’ll force him to do his time as a scout and messenger, so that by the time he’s old enough to be a soldier, he’ll have years of solid training under his belt. By then the wars will probably be over. The common people want peace and are ready to support anyone who will give it to them.

But getting Ishkin into Unitas means making contact with people I know. Do I really care that much what happens to this kid? It’s a lot to think about, and I’m tired.

I doubt he'd thank her for it. At least, not for a few years.